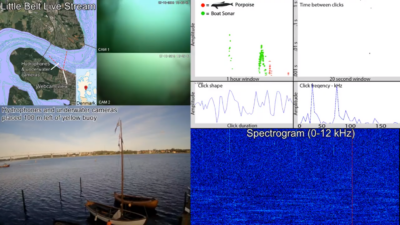 LH Camera supplied a video server solution with an underwater video camera and LED underwater lamps to “Lytteposten”, a listening station in a wheelhouse recovered from an old fishing vessel. The monitoring station is set up at the Old Port of Middelfart in Denmark. Aarhus University and Nature Park Little Belt’s Listening Post project focuses on the relatively dense population of harbour porpoise in the Little Belt Straits.

The solution comprises an internet-based video server system that operates two underwater lamps as required and constantly captures video images from two video cameras mounted on a steel structure submerged in the Little Belt Straits. In addition to entertaining local people and visitors, the system gives Aarhus University a unique opportunity to live stream underwater video via the university’s website. Everyone can now see what is going on in the waters off the Little Belt coast.

LH-Camera has delivered two Video Multiplexes for the Nekton Mission 2019 in the Seychelles to provide stereoscopic video recordings for research use.

The inquiry came from the University of Oxford, whether it was possible to produce two recording devices for stereoscopic recordings down to 500 meters depth at the Seychelles. We designed a video multiplexer with 4 HD camera connections that allows them to record HD video, with simultaneous live feed to the surface. The units were mounted on an ROV to document the wildlife in the depth. 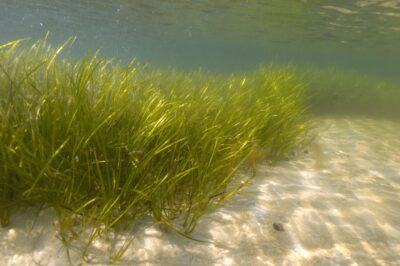 The Danish Environmental Protection Agency investigates eelgrass distribution in more than 500 sites each year, as part of monitoring the nature of the NOVANA program. Every spring and autumn, they measure the growth of eelgrass in Danish waters. This is done to provide an overview of the water quality along the Danish coast.

Eelgrass requires clear and clean water to grow and its distribution is thus an excellent unit of measurement for water quality in sea waters. Its presence helps to promote marine habitat and biodiversity on the coasts around Denmark.

In 2010, LH-Camera developed and delivered 10 pieces. mobile analog video suitcases for the then Nature Agency, for the purpose of documenting the seabed in accordance with the measurement of the eel grass. The time has now come to upgrade to a Digital HD video solution, so the Danish Environmental Protection Agency approached us in 2018 to develop the new systems.

We, at LH-Camera, are now proud once again to be able to contribute to the Danish Environmental Protection Agency’s ability to make these measurements in HD quality, so that they can contribute to promoting water quality and wildlife on the Danish coasts.

Early in 2017, LH-Camera was asked to produce a video system for use in connection with wind turbine construction offshore.

We were contacted by multinational offshore construction specialists GeoSea and agreed to meet at their office in Bremen. GeoSea sought to avoid hazardous situations occurring during offshore wind turbine construction when personnel have to move under and close to large wind turbine segments while they are hoisted down on cranes. GeoSea had come up with a solution but were looking for specialists to customise a video system for them.

LH-Camera produced a portable video system comprising 10 HD cameras that are attached by means of strong magnets inside wind turbine segments while they are hoisted from the supply vessel to their final location on the seabed.

Images are transmitted via a wireless connection to a mobile container on the deck of the supply vessel that functions as a control room. From here, the operator monitors 10 live video images from the inside of the wind turbine segments. The images are focused on tools and the flange, over which the segments are assembled. The operator guides the crane as it moves segments into the correct position without the fitters having to move in close. The system effectively minimises the risk of injury. 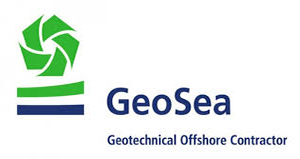 Project Manager Lars Seidelin and Associate Professor Magnus Walberg from The University of Southern Denmark (SDU) contacted LH-Camera. They asked if it is possible to develop a video system that can live stream subsea video from a sunken ferry and transmit the images ashore. The parties, SDU and LH-Camera, then put their heads together. We at LH-Camera initially clarified needs and wishes in connection with showing live video from an underwater camera.

SDU wanted to fit subsea cameras and lamps to the sunken ferry M/F Ærøsund. The vessel was laid to rest on the seabed on 5 October 2014 and is intended to become an artificial reef and a destination for divers in the South Funen Archipelago.

SDU set about building a self-sufficient supply raft. Batteries mounted on the raft are powered by solar panels and a wind turbine on the raft itself. The raft was then anchored to the sunken ferry below it.

SDU asked LH-Camera to deliver a robust video system that can withstand the tough, aggressive environment on the anchored raft, from which it will make wireless live video transmissions from the subsea cameras to a distant point on land. SDU also wanted a system that allows them to switch a series of subsea lamps on and off as needed.

LH-Camera developed a video system to meet these specifications. M/F Ærøsund is now fitted with three subsea cameras and video lamps. There is a fourth camera on the raft. The stationary cameras and lamps are connected via cables to a permanent transmission system on the raft, which live streams images at the surface. 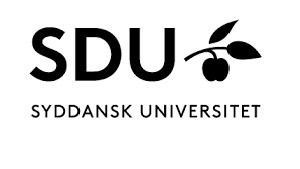 Peter Roepstorff – professor of protein chemistry at Syddansk Universitet (University of Southern Denmark) – and his research team borrowed underwater video equipment from LH Camera for the research project “Fluorescent Proteins” in connection with the Galathea 3 expedition.

The scope of the research project was to find new, fluorescent proteins in the ocean. The video camera was equipped with a filter that made it possible to see if animals and plants were fluorescent when they were illuminated with ultraviolet light. It turned out that the video camera with it’s high light sensitivity was particularly useful for this project.

Peter and his team recorded several hours of underwater video on the mobile hard disk while diving off the Solomon Islands and the Virgin Islands where they found a wealth of fluorescent organisms that they didn’t even know existed. 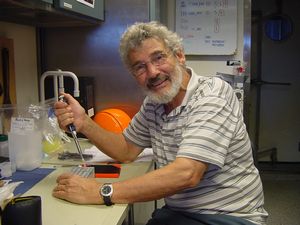 LH Camera has provided underwater video cameras to DTU (Denmark’s Technical University) Aqua where they use them e.g. in connection with marine biological studies about the behavior of codfish around wrecked ships in the North Sea.

DTU Aqua works with research, consulting, education, innovation and communication regarding the sustainable use of live resources in the ocean and in freshwater bodies. The department is a consultant to the Danish Ministry of Foods and other public authorities, the fishing and aquaculture professions and internal commissions.

I am a recreational angler myself and do many different kinds of fishing – it is my great interest in and passion for recreational angling that creates both films and books.
– Quote: Niels Vestergaard, Salar Publishers & Wide Open Outdoor Film

You can buy the films and books at sporting goods stores that sell fishing equipment, online as well as in all the bookstores in the country.

The set consists of a video/light and communication case. The equipment is used when Odense Zoo facilitates communication between divers and the audience.

LH Camera has also put up a monitor and provided a specially designed video camera that is used when the zookeeper feeds the piranhas.

We have installed a video switch box with the penguins so that the zookeeper can bring a video camera when he feeds the penguins. Via a large screen the audience can follow closely outside the penguin facility when the zookeeper gets close to the animals. 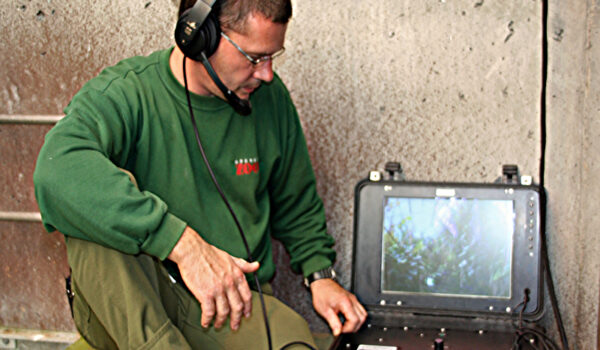 The North Sea Oceanarium in Hirtshals

It is impressive to see the Oceanarium with its 4,500 million liters of sea water and 2-3000 fish, including the two sunfish Anton and Andrea.

In the Oceanarium, the diver hand feeds the fish at feeding time.

The diver is equipped with an underwater camera and films what he experiences so it is possible for the visitors to get very close. 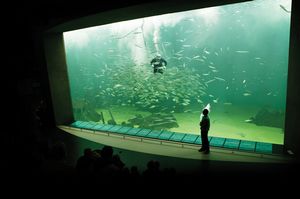